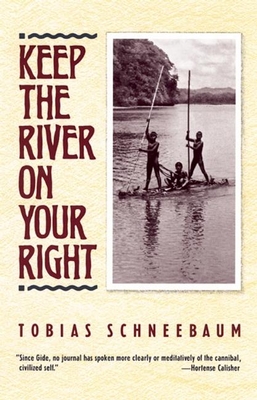 Keep the River on Your Right

The author of the classic Keep the River on Your Right here tells the remarkable story of his four years among the Asmat of New Guinea, a jungle-dwelling people rumored to have killed Michael Rockefeller. Instead of ferocious cannibals, Schneebaum found a regal, loving, gentle people who freely accepted him and initiated him into a way of life no outsider had ever seen before. Adopted into an Asmat family in the village whose people were said to have killed Rockefeller, he crossed the boundaries into another culture and another age, learning secrets no other outsider had been allowed to see before. But it wasn't until Schneebaum met Akatpitsjin, a handsome married man with five children, that he entered the erotic world of the Asmat, when the two became "exchange friends' and lovers, a practice basic to the sexual life of the village.

Schneebaum's encounter with the Asmat ultimately became something more intimate and liberating for him than the mere discovery of tribal secrets. He confronted himself. His odyssey is as much the record of a journey into himself as it is a unique and sensitively observed account of a vanishing society, written with a shimmering sensuality that has no equal in the literature of anthropology or self-confession.