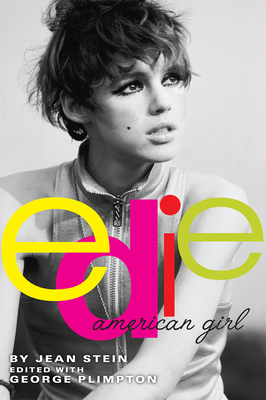 When Edie was first published, it quickly became an international bestseller and then took its place among the classic books about the 1960s. Edie Sedgwick exploded into the public eye like a comet. She seemed to have it all: she was aristocratic and glamorous, vivacious and young, Andy Warhol's superstar. But within a few years she flared out as quickly as she had appeared, and before she turned twenty-nine she was dead from a drug overdose. In a dazzling tapestry of voices--family, friends, lovers, rivals--the entire meteoric trajectory of Edie Sedgwick's life is brilliantly captured. And so is the Pop Art world of the '60s: the sex, drugs, fashion, music--the mad rush for pleasure and fame. All glitter and flash on the outside, it was hollow and desperate within--like Edie herself, and like her mentor, Andy Warhol. Alternately mesmerizing, tragic, and horrifying, this book shattered many myths about the '60s experience in America.

This is the book of the Sixties that we have been waiting for.”Norman Mailer

Through a kaleidoscope of seemingly fragmented voices, patterns form, giving brilliant definition to the very American tragedy of Edie Sedgwick, a womannot likely to be forgotten after this haunting portrait.”Publishers Weekly

Extraordinary . . . a fascinating narrative that is both meticulously reported and expertly orchestrated.”The New York Times

An exceptionally seductive biography. . . . You can’t put it down. . . . It has novelistic excitement.”Los Angeles Times Book Review

What makes this book so unusual, unique almost, is the picture it paints of the New York counterculture. No one has ever done it better.”The Atlanta Journal & Constitution

There is no more classic summertime read.” New York Magazine