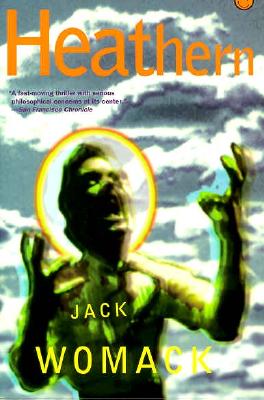 Heathern, the sequel to Ambient and Terraplane, has been praised by William Gibson as a savage urban baroque informed by a penetrating humanity ... his best so far Tautly written and appallingly funny, Heathern is a dystopian tale of corporate combat and media warfare in the fading years of our century.
Thatcher Dryden, former drug kingpin and now leader of the megacorporation Dryco, intends to supply a waiting world with the Messiah it so desperately seeks. But Lester Macaffrey, a schoolteacher found performing miracles among the human flotsam of the Lower East Side, proves no more controllable than any Messiah. While Thatcher's minions scheme to sell the world salvation with a Dryco label on it, Thatcher's own mistress is strangely drawn to Macaffrey -- and begins to be transformed into something new and strange ... something that might change the world.