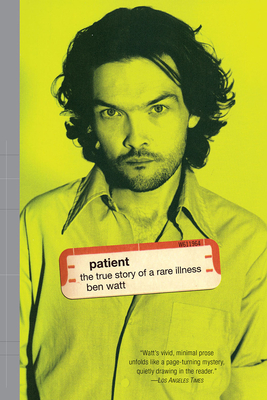 The True Story of a Rare Illness

In the summer of 1992, on the eve of an American tour, Ben Watt, one half of the Billboard-topping pop duo Everything But The Girl, was taken to a London hospital complaining of chest pain. He didn't leave for two and a half months. Watt had developed a rare life-threatening disease that initially baffled doctors. By the time he was allowed home, his ravaged body was forty-six pounds lighter and he was missing most of his small intestine. Watt injects pathos and humor into his medical nightmare, writing about his childhood, reflecting on his family and on his shared life with band member and partner Tracey Thorn. The result is a provocative and affecting memoir about life, illness, and survival.

Born in 1962, Benn Watt is a musician, songwriter, and DJ. He is also an acclaimed author; his most recent book is the memoir Romany and Tom. He is perhaps most well-known for his twenty-year career in alt-pop duo Everything But The Girl (1982-2002). He is an international club and radio DJ, and since 2003 has run his own independent record labels Buzzin' Fly and Strange Feeling. Having recently returned to songwriting and live performance, "Hendra"--his first solo album for thirty years--is now available on his new imprint Unmade Road. He lives in north London with his wife Tracey Thorn and their three children. Follow him on Twitter: @Ben_Watt
Loading...
or
Not Currently Available for Direct Purchase