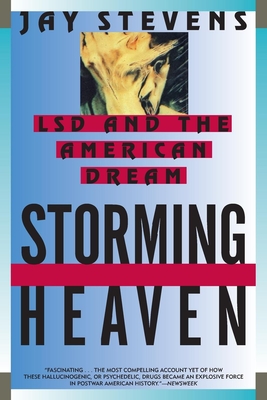 LSD and the American Dream

For Aldous Huxley it was the next step in human evolution; for the CIA it was a potential tool for mind control; for Timothy Leary it was the liberator of humankind (a belief that led to his being branded "the most dangerous man in America"); for Ken Kesey and his Merry Pranksters it fueled the notorious Acid Tests; and it was the improbable common denominator that united such disparate figures as Allen Ginsberg, Cary Grant, G. Gordon Liddy, and Charles Manson.

In this brilliant, riveting, and exhaustively researched book, Jay Stevens relates the history of that "curious molecule," LSD. He unearths a story of Pynchonesque complexity, tells it with novelistic flair, and irrefutably demonstrates LSD's pivotal role in the cultural upheavals that shook America in the 1960s and changed the country forever.