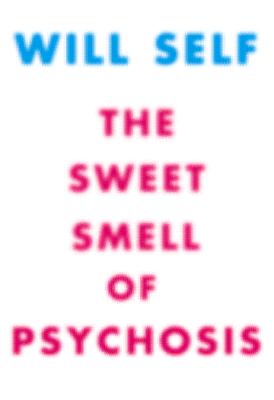 The Sweet Smell of Psychosis

A Novella (Will Self)

Will Self, Martin Rowson (Illustrator)

I received William Burroughs's seminal (in more sense than one ) novel Naked Lunch as a form prize when I was fifteen. I read it with a distinct sense of horripilation, as if the vile secretions it described might ooze through the pages and the orgiastic rituals it depicted were subject to incorporation into my own, fevered imagination.

Burroughs's influence on me as a writer has been impossibly confused with the impact of his writing. From his life I took the dubious message that in order to nurture a standpoint of fearless detachment -- from country, from class, from all allegiances -- it was permissible to indulge in the most irrational derangement of the senses. Yet while this was the pose, its enactment was one of steely-eyed perspicacity. If there was the Burroughs of Nova Express, Dead Fingers Talk, and The Last Words of Dutch Schultz, willfully employing his unconscious as a test bed for the most exuberantly unpleasant of visions and ideas, then there was also the harsh empiricism of Junky to act as a corrective.

But the main lesson the gestalt of Burroughs's life and his work taught me was that there exists a sinister congruence between the control systems implicit in capitalist societies (with their obsessional manufacturing and their compulsiveconsuming) and the uncontrollable psyche of the drug addict. It was Burroughs's great contribution to twentieth-century literature to merge his own psychopathology with the collective malaise. Truly, to paraphrase his friend Jack Kerouac, he made us all look at what was on the end of our forks.