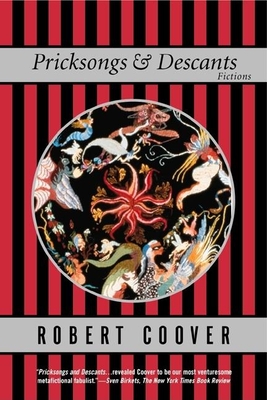 Pricksongs & Descants, originally published in 1969, is a virtuoso performance that established its author - already a William Faulkner Award winner for his first novel - as a writer of enduring power and unquestionable brilliance, a promise he has fulfilled over a stellar career. It also began Coover's now-trademark riffs on fairy tales and bedtime stories. In these riotously word-drunk fictional romps, two children follow an old man into the woods, trailing bread crumbs behind and edging helplessly toward a sinister end that never comes; a husband walks toward the bed where his wife awaits his caresses, but by the time he arrives she's been dead three weeks and detectives are pounding down the door; a teenaged babysitter's evening becomes a kaleidoscope of dangerous erotic fantasies-her employer's, her boyfriend's, her own; an aging, humble carpenter marries a beautiful but frigid woman, and after he's waited weeks to consummate their union she announces that God has made her pregnant. Now available in a Grove paperback, Pricksongs & Descants is a cornerstone of Robert Coover's remarkable career and a brilliant work by a major American writer.