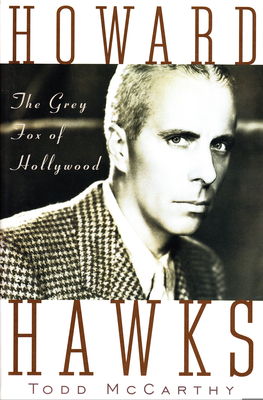 The Grey Fox of Hollywood

Howard Hawks is the first major biography of one of Hollywood's greatest directors, a filmmaker of incomparable versatility whose body of work includes the landmark gangster film Scarface, screwball comedies like Bringing Up Baby and His Girl Friday, the Bogart-Bacall classics To Have and Have Not and The Big Sleep, the musical Gentlemen Prefer Blondes, and aviation classics and Westerns like The Dawn Patrol and Rio Bravo. Sometime partner of the eccentric Howard Hughes, drinking buddy of William Faulkner and Ernest Hemingway, an inveterate gambler and a notorious liar, Hawks was the most modern of the great masters and one of the first directors to declare his independence from the major studios. He played Svengali to Lauren Bacall, Montgomery Clift, and others, but Hawks's greatest creation may have been himself. As The Atlantic Monthly noted, "Todd McCarthy . . . has gone further than anyone else in sorting out the truths and lies of the life, the skills and the insight and the self-deceptions of the work." "A fluent biography of the great director, a frequently rotten guy but one whose artistic independence and standards of film morality never failed." -- The New York Times Book Review; "Hawks's life, until now rather an enigma, has been put into focus and made one with his art in Todd McCarthy's wise and funny Howard Hawks." -- The Wall Street Journal; "Excellent . . . a respectful, exhaustive, and appropriately smartass look at Hollywood's most versatile director." -- Newsweek.