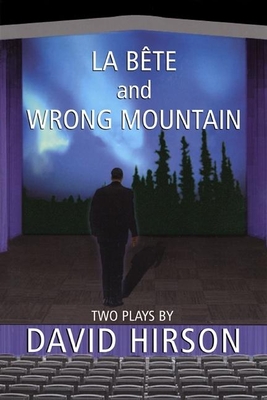 David Hirson's La Bete and Wrong Mountain are widely regarded as two of the most controversial and original American plays produced on Broadway in the past decade. Critics have compared Hirson, who is known as a rebel, to Joe Orton, Tom Stoppard, John Osborne, Charles Ludlam, Maxwell Anderson, and even Prokofiev. Written in rhyming iambic-pentameter couplets, La Bete recounts the arrival of a vulgar street performer, Valere, into an elite company of veteran actors. The battles between Elomire, the troupe's leader, and Valere provides the basis for an antic comedy questioning the divide between art and entertainment. Popular acclaim eludes Wrong Mountain's protagonist, Henry Dennett, an aging poet, until he makes a bet with a successful playwright, Guy Halperin, that he can write a play and have it produced. Dennett triumphs, but he is left wondering whether he has spent his entire life climbing the "wrong mountain." "David Hirson is a gutsy, loopy, genuinely original writer who revels in extremes of intellectual virtuosity and pop-culture savvy." -- Linda Winer, Newsday