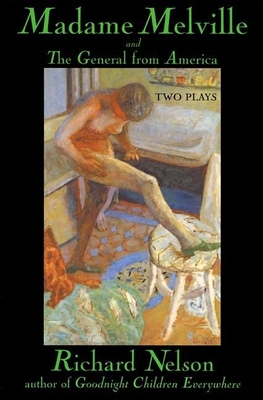 Madame Melville and the General from America

Included in this volume are his latest play, Madame Melville, which received rave reviews during its London run starring Macaulay Culkin and Irene Jacob, and The General from America, which ponders the emotional conflicts that Benedict Arnold faced before deciding to hand over George Washington to the British.

Madame Melville, set in Paris in 1966, before that city exploded in protest, presents the story of a fifteen-year-old American, Carl, and his beautiful teacher, Claudie Melville. The Daily Telegraph praised Madame Melville as "a play about art, music, friendship and the irrecoverable, unforgettable moment when an adolescent realizes that the world is full of wonder". The General from America provides a rich portrait of Benedict Arnold. Nelson's account of Arnold's search for love and country, and his discovery of only compromise and despair, will haunt readers and audiences.