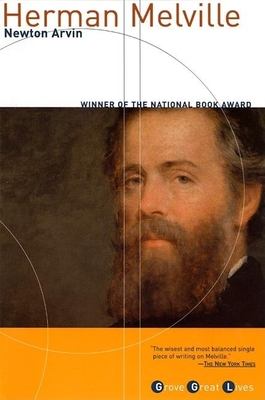 This compelling biography of Herman Melville, one of America's most enigmatic literary figures, recounts a life full of adventure, hardship, and moral conflict. The grandson of two wealthy Revolutionary War heroes, Melville spent the first years of his affluent childhood in New York City, until his father went suddenly bankrupt in 1830, moved the family upstate, and died shortly thereafter. Melville escaped to sea in his early twenties, sailing first to England, then to Polynesia, where he found himself fleeing from cannibals, joining a mutiny, and frolicking with naked islanders. Much of his writing was based on his nautical adventures, but his novels were, for the most part, unsuccessful and misunderstood. His only close friend was Nathaniel Hawthorne, to whom he dedicated Moby-Dick. Later in life, Melville had to accept work as a low-level customs agent to support his wife and children. Newton Arvin's eminently readable biography beautifully captures the troubled, often reclusive man whose major works include Typee, Omoo, "Bartleby the Scrivener," Billy Budd, and his indisputable masterpiece, Moby-Dick. This winner of the 1950 National Book Award, Herman Melville is "the wisest and most balanced single piece of writing on Melville" -- The New York Times "....a superb exercise of critical scholarship and an ornament to American letters." -- Saturday Review of Literature