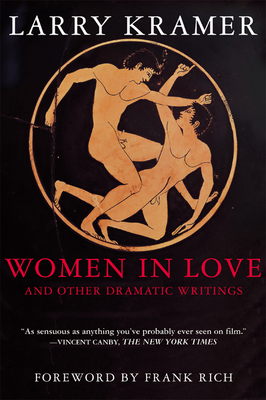 Women in Love and Other Dramatic Writings

Women in Love, Sissies' Scrapbook, a Minor Dark Age, Just Say No, the Farce in Just Saying No

Larry Kramer has been described by Susan Sontag as one of America's most valuable troublemakers. As Frank Rich writes in his Foreword to this new collection of writings for the screen and stage, his plays are almost journalistic in their observation of the fine-grained documentary details of life ... that may well prove timeless. The title work, the Oscar-nominated screenplay for Women in Love, is a movie as sensuous as anything you've probably ever seen on film (The New York Times). The screenplay is accompanied by Kramer's reflections on the history of the production, sure to be of interest to any student of film. This volume also includes several early plays, Sissies' Scrapbook, A Minor Dark Age, and the political farce Just Say No, illuminating the development of one of our most important literary figures. Since his screenplay for Women in Love, Kramer has been a prophet of psychic health and catastrophe among us. -- from The American Academy of Arts and Letters citation.