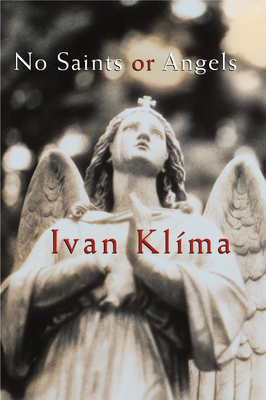 No Saints or Angels

Ivan Klima has been acclaimed by The Boston Globe as "a literary gem who is too little appreciated in the West" and a "Czech master at the top of his game." In No Saints or Angels, a Washington Post Best Book of 2001, Klima takes us into the heart of contemporary Prague, where the Communist People's Militia of the Stalinist era marches headlong into the drug culture of the present. Kristyna is in her forties, the divorced mother of a rebellious fifteen-year-old daughter, Jana. She is beginning to love a man fifteen years her junior, but her joy is clouded by worry -- Jana has been cutting school, and perhaps using heroin. Meanwhile Kristyna's mother has forced on her a huge box of personal papers left by her dead father, a tyrant whose Stalinist ideals she despised. No Saints or Angels is a powerful book in which "Mr. Klima's keen sense of history, his deep compassion for the ordinary people caught up in its toils, and his abiding awareness of the fragility and resilience of human life shine through.... Like Anton Chekhov, Mr. Klima is a writer able to show us what's extraordinary about ordinary life." (The Washington Times). "Ultimately, it's Prague, with its centuries of glory and misery, that gives No Saints or Angels its humane power." -- Melvin Jules Bukiet, The Washington Post Book World" A compassionate realist, [Klima] unflinchingly presents the problems facing modern Prague and civilization in general ... [and] fills it with mercy." -- Jennie Yabroff, San Francisco Chronicle "Stirring and valuable." -- Jules Verdone, The Hartford Courant