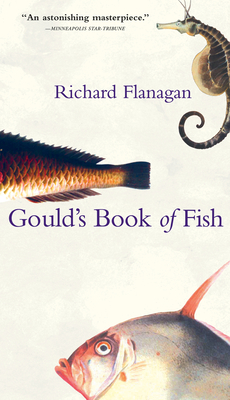 Winner of the Commonwealth Prize New York Times Book Review--Notable Fiction 2002 Entertainment Weekly--Best Fiction of 2002 Los Angeles Times Book Review--Best of the Best 2002 Washington Post Book World--Raves 2002 Chicago Tribune--Favorite Books of 2002 Christian Science Monitor--Best Books 2002 Publishers Weekly--Best Books of 2002 The Cleveland Plain Dealer--Year's Best Books Minneapolis Star Tribune--Standout Books of 2002 Once upon a time, when the earth was still young, before the fish in the sea and all the living things on land began to be destroyed, a man named William Buelow Gould was sentenced to life imprisonment at the most feared penal colony in the British Empire, and there ordered to paint a book of fish. He fell in love with the black mistress of the warder and discovered too late that to love is not safe; he attempted to keep a record of the strange reality he saw in prison, only to realize that history is not written by those who are ruled. Acclaimed as a masterpiece around the world, Gould's Book of Fish is at once a marvelously imagined epic of nineteenth-century Australia and a contemporary fable, a tale of horror, and a celebration of love, all transformed by a convict painter into pictures of fish.