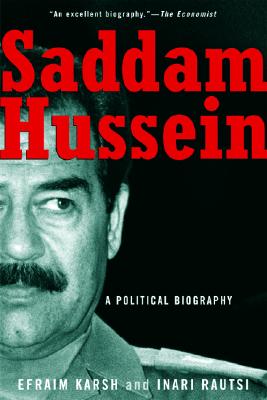 Over ten years after his armies were routed in Desert Storm, the world continues to deal with, and be persistently thwarted, by the menace of Saddam Hussein. Here in this timely biography, authors Efraim Karsh and Inari Rautsi, experts on Middle East history and politics, have combined their expertise to write what is largely considered the definitive work of one of the century's most reviled and notorious figures.
Drawing on a wealth of Iraqi, Arab, Western and Israeli sources, including interviews with people who have had close contact with Saddam Hussein throughout his career, the authors traces the meteoric transformation of an ardent nationalist and obscure Ba'th party member into an absolute dictator.
Placing Hussein in the larger context of the ancient and modern Arab world and Iraqi history and traditions, Karsh and Rautsi examine the nature of the political system in which he thrived, a system built on blood and fear, betrayal and deceit. Skillfully interweaving a realistic analysis of Gulf politics and history, this authoritative biography is essential for understanding the mind of a modern tyrant.