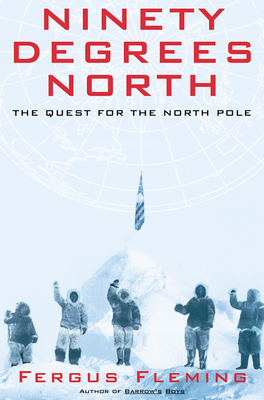 The Quest for the North Pole

In the nineteenth century, theories about the North Pole ran rampant. Was it an open sea? Was it a portal to new worlds within the globe? Or was it just a wilderness of ice? When Sir John Franklin disappeared in the Arctic in 1845, explorers decided it was time to find out. In scintillating detail, Ninety Degrees North tells of the vying governments (including the United States, Britain, Germany, and Austria-Hungary) and fantastic eccentrics (from Swedish balloonists to Italian aristocrats) who, despite their heroic failures, often achieved massive celebrity as they battled shipwreck, starvation, and sickness to reach the top of the world. Drawing on unpublished archives and long-forgotten journals, Fleming tells this story with consummate craftsmanship and wit. Ninety Degrees North is a riveting saga of humankind's search for the ultimate goal.