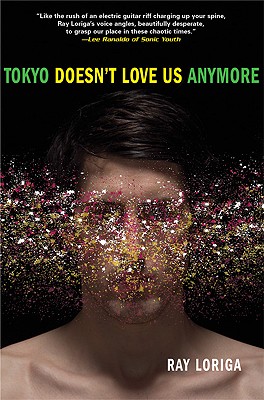 This is a disturbing and exhilarating novel in which the anonymous protagonist, a dealer offering a range of the latest chemicals designed to make consumers forget everything, finds his past and present, along with his own identity, disintegrate under the effects of these 'drugs of oblivion'. Set in the very near future, this novel is very much in the style of dystopias like Orwell's 1984, while also evoking the bewildering visual universe of Blade Runner.
The protagonist moves through a world of cynical consumerism, whether in Arizona, South East Asia or Europe, under the constant scrutiny of the Company in whose products he deals. The alienating urban environment that surrounds him intensifies the feeling that he does not belong to any one country or place. His life is spent in transit on deserted motorways or in crowded airports and anonymous hotel rooms, punctuated by business contacts with similarly nameless customers and random, meaningless sexual encounters. There is no place for guilt or personal responsibility in a society in which one's acts are easily forgotten thanks to drugs designed to erase all memories from the mind.
The protagonist speaks with a disarming humor born of his detachment from life, personal relationships and the very consequences of his actions. What makes this vision so alarming is the fact that both its observations and its conclusions are entirely believable.