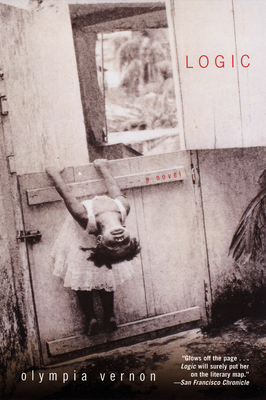 After critics raved over Olympia Vernon's first novel, Eden, Vernon returns to the Deep South for the story of Logic, a young girl struggling to free herself from the unspeakable condition she refers to as the butterflies floating inside her.
As a child Logic Harris survived a fall from a tree-an accident that precipitated her transformation into a young girl lost in her own world. Logic's mother has secretly wished that Logic had not survived, and she now ignores the increasingly apparent evidence of the aberrant attention Logic's father bestows upon his daughter in her adolescence. As her mother retreats into her work as a neighborhood midwife and Logic's father collapses into paranoia, Logic is left to navigate alone what she scarcely understands. In inspired prose, stunning in its imaginative authority, Logic is a chilling allegory about the dangers of silence and a searing portrait of a girl lost in shame and fear, and a family and community too scarred by their own wounds to save her.