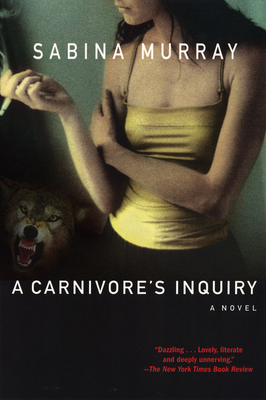 Sabina Murray's first book since she won the PEN/Faulkner Award for The Caprices seduces with its dark delight in her taboo subject.
When we meet Katherine, the winning-and rather disturbing-twenty-three-year-old narrator, she has just left Italy and arrived in New York City, but what has propelled her there is a mystery. She soon strikes up an affair with a middle-aged Russian migr novelist she meets on the subway, and almost immediately moves into his apartment. Katherine's occasional allusions to a frighteningly eccentric mother and tyrannical father suggest a somberness at the center of her otherwise flippant and sardonic demeanor. Soon restless, she begins journeying across the continent, trailed, everywhere she goes, by a string of murders. As the ritualistic killings begin to pile up, Katherine takes to meditating on cannibalism in literature, art, and history. The story races toward a hair-raising conclusion, while Katherine and the reader close in on the reasons for both her and her mother's fascination with aberrant, violent behavior.
A brilliantly subtle commentary on twenty-first-century consumerism and Western culture's obsession with new frontiers, A Carnivore's Inquiry is an unsettling exploration of the questionable appetites that lurk beneath the veneer of civilization.