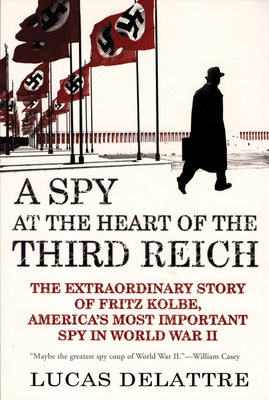 A Spy at the Heart of the Third Reich

In 1943 a young official from the German foreign ministry contacted Allen Dulles, an OSS officer in Switzerland who would later head the Central Intelligence Agency. That man was Fritz Kolbe, who had decided to betray his country after years of opposing Nazism. While Dulles was skeptical, Kolbe's information was such that he eventually admitted, "No single diplomat abroad, of whatever rank, could have got his hands on so much information as did this man; he was one of my most valuable agents during World War II." Using recently declassified materials at the U.S. National Archives and Kolbe's personal papers, Lucas Delattre has produced a work of remarkable scholarship that moves with the swift pace of a Le Carr thriller.