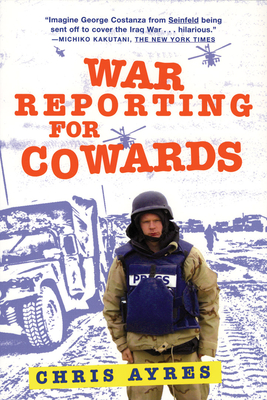 Chris Ayres is a small-town boy, a hypochondriac, and a neat freak with an anxiety disorder. Not exactly the picture of a war correspondent. But when his boss asks him if he would like to go to Iraq, he doesn't have the guts to say no. After signing a 1 million dollar life-insurance policy, studying a tutorial on repairing severed limbs, and spending 20 thousand dollars in camping gear (only to find out that his bright yellow tent makes him a sitting duck), Ayres is embedded with a battalion of gung ho Marines who either shun him or threaten him when he files an unfavorable story. As time goes on, though, he begins to understand them (and his inexplicably enthusiastic fellow war reporters) more and more: Each night of terrifying combat brings, in the morning, something more visceral than he has ever experienced -- the thrill of having won a fight for survival. In the tradition of MASH, Catch-22, and other classics in which irreverence springs from life in extremis, War Reporting for Cowards tells the story of Iraq in a way that is extraordinarily honest, heartfelt, and bitterly hilarious.