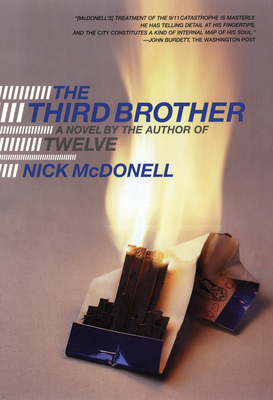 Nick McDonell's debut novel, Twelve, was a publishing sensation. It was an international best seller and established its seventeen-year-old author as an important literary voice. In The Third Brother, McDonell delivers another remarkable novel, a haunting tale of brotherly love, family tragedy, and national grief. Mike was a lucky child: a vacation house on Long Island, famous family friends, an Ivy League education, and also an older brother, Lyle, who looked out for him. It's 2001, and Mike is a summer intern at a magazine in Hong Kong. Sent on assignment to Bangkok, Mike finds the city electric with violence and hedonism. Nothing goes according to plan. When terrible news about his brother arrives from home, Mike rushes back to the States. Lyle is unstable and suffering from visions of an imaginary third brother. And then, a clear September morning is broken by catastrophe. While the Twin Towers burn, Mike makes an epic trek through the ghostly streets of New York to find and save Lyle. From Patpong to the World Trade Center to Harvard Yard, as his life and country come apart, Mike struggles to find his footing and go on. The joke, it turns out, is on him.