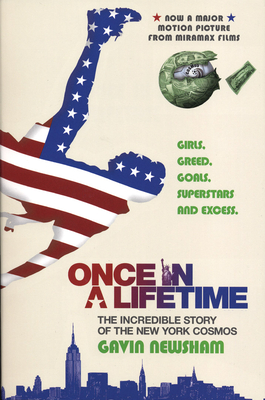 Once in a Lifetime

The Incredible Story of the New York Cosmos

With over three million kids playing soccer across the country in the early 1970s, soccer was poised to finally conquer America, and its heartbreaking rise and fall is captured in Gavin Newsham's Once in a Lifetime. This book tells the story of the New York Cosmos soccer team, which brought the greatest talents of the world's biggest sport to a city awash in celebrity and decadence. In the summer of 1977, entrepreneurial Warner Brothers chairman Steve Ross assembled the best soccer players from across the globe to play for the Cosmos. Pele, the German superstar Franz Beckenbauer, Johan Neeskens, Giorgio Chinaglia, Brazil's 1970 World Cup-winning captain Carlos Alberto, Werner Roth, Roberto Cabanas, and many others all donned Cosmos jerseys and became instant celebrities in the process. The Cosmos quickly became the hottest ticket in town and the Cosmos players soon became enmeshed in a world of millionaires, gangsters, groupies, glamour, power struggles, alcoholic excess, drugs, and fistfights. Published to coincide with the World Cup in June 2006, Once in a Lifetime is the thrilling story of America's first flirtation with the world's most popular game.