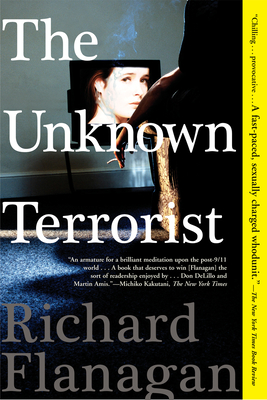 From the internationally acclaimed author of Gould's Book of Fish comes an astonishing new novel, a riveting portrayal of a society driven by fear. What would you do if you turned on the television and saw you were the most wanted terrorist in the country? Gina Davies is about to find out when, after a night spent with an attractive stranger, she becomes a prime suspect in the investigation of an attempted terrorist attack. In The Unknown Terrorist, one of the most brilliant writers working in the English language today turns his attention to the most timely of subjects -- what our leaders tell us about the threats against us, and how we cope with living in fear. Chilling, impossible to put down, and all too familiar, The Unknown Terrorist is a relentless tour de force that paints a devastating picture of a contemporary society gone haywire, where the ceaseless drumbeat of terror alert levels, newsbreaks, and fear of the unknown pushes a nation ever closer to the breaking point.