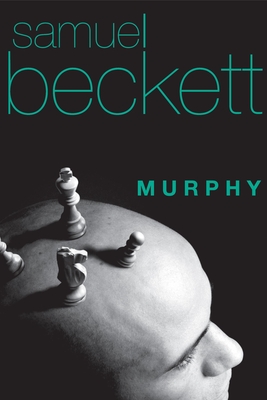 Murphy, Samuel Beckett's first published novel, is set in London and Dublin, during the first decades of the Irish Republic. The title character loves Celia in a striking case of love requited but must first establish himself in London before his intended bride will make the journey from Ireland to join him. Beckett comically describes the various schemes that Murphy employs to stretch his meager resources and the pastimes that he uses to fill the hours of his days. Eventually Murphy lands a job as a nurse at Magdalen Mental Mercyseat hospital, where he is drawn into the mad world of the patients which ends in a fateful game of chess. While grounded in the comedy and absurdity of much of daily life, Beckett's work is also an early exploration of themes that recur throughout his entire body of work including sanity and insanity and the very meaning of life.

Samuel Beckett: Samuel Beckett (1906-1989), one of the leading literary and dramatic figures of the twentieth century, was born in Foxrock, Ireland and attended Trinity University in Dublin. In 1928, he visited Paris for the first time and fell in with a number of avant-garde writers and artists, including James Joyce. In 1937, he settled in Paris permanently. Beckett wrote in both English and French, though his best-known works are mostly in the latter language. A prolific writer of novels, short stories, and poetry, he is remembered principally for his works for the theater, which belong to the tradition of the Theater of the Absurd and are characterized by their minimalist approach, stripping drama to its barest elements. In 1969, Beckett was awarded the Nobel Prize in Literature and commended for having transformed the destitution of man into his exaltation. Beckett died in Paris in 1989. At the age of seventy-six he said: With diminished concentration, loss of memory, obscured intelligence... the more chance there is for saying something closest to what one really is. Even though everything seems inexpressible, there remains the need to express. A child need to make a sand castle even though it makes no sense. In old age, with only a few grains of sand, one has the greatest possibility. (from Playwrights at Work, ed. by George Plimpton, 2000)
Loading...
or support indie stores by buying on