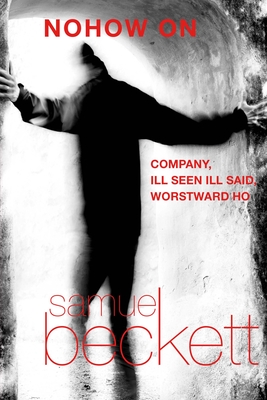 The three pieces that comprise this volume are among the most delicate and disquieting of Samuel Beckett's later prose. Each confined to a single consciousness in a closed space, these stories are a testament to the mind's boundless expanse. In Company, a man--"one on his back in the dark"--hears a voice speak to him, describing significant moments from his lifetime, and yet these memories may be merely fables and figments invented for the sake of companionship. Ill Seen Ill Said tells of a solitary old woman who paces around a cabin, burdened by existence itself. And Worstword Ho explores a world devoid of rationality and purpose, containing the famous directive: "Try again. Fail Again. Fail Better." The quintessential distillation of Beckett's philosophy on human existence and the ultimate example of his minimalist approach to fiction, Nohow On is a vital collection, concerned with conception and perception, memory and imagination.

Samuel Beckett (1906-1989), one of the leading literary and dramatic figures of the twentieth century, was born in Foxrock, Ireland and attended Trinity College in Dublin. In 1969, Beckett was awarded the Nobel Prize in Literature and commended for having "transformed the destitution of man into his exaltation."
Loading...
or support indie stores by buying on