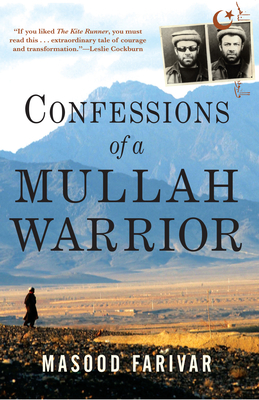 Confessions of a Mullah Warrior

Masood Farivar was ten years old when his childhood in peaceful and prosperous Afghanistan was shattered by the Soviet invasion of 1979. Although he was born into a long line of religious and political leaders who had shaped his nation's history for centuries, Farivar fled to Pakistan with his family and came of age in a madrassa for refugees. At eighteen, he defied his parents and returned home to join the jihad, fighting beside not only the Afghan mujahideen but also Arab and Pakistani volunteers. When the Soviets withdrew, Farivar moved to America and attended the prestigious Lawrenceville School and Harvard, and ultimately became a journalist in New York. At a time when the war in Afghanistan is the focus of renewed attention, and its outcome is more crucial than ever to our own security, Farivar draws on his unique experience as a native Afghan, a former mujahideen fighter, and a longtime U.S. resident to provide unprecedented insight into the ongoing collision between Islam and the West. This is a visceral, clear-eyed, and illuminating memoir from an indispensable new voice on the world stage.

Born in 1969 in Sheberghan, Afghanistan, Masood Farivar fought in the anti-Soviet resistance in the late 1980s before attending Harvard University, from which he received a degree in history. His articles have appeared in major publications including The Wall Street Journal, The Village Voice, and Soldier of Fortune. He lives in Afghanistan.
Loading...
or support indie stores by buying on