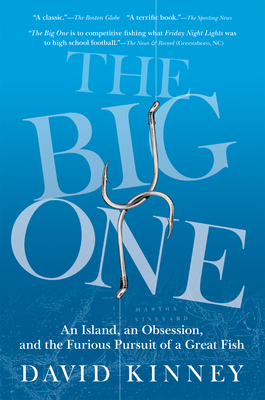 Published to rave reviews in hardcover and purchased by DreamWorks in a major film deal, The Big One is a spellbinding and richly atmospheric work of narrative journalism in the tradition of Friday Night Lights. Here is the story of a community--Martha's Vineyard, Massachusetts--and a sporting event--the island's legendary Striped Bass & Bluefish Derby--that is rendered with the same depth, color, and emotional power of the best fiction. Among the characters, we meet: Dick Hathaway, a crotchety legend who once caught a bluefish from a helicopter and was ultimately banned for cheating; Janet Messineo, a recovering alcoholic who says that striped bass saved her life; Buddy Vanderhoop, a boastful Native American charter captain who guides celebrity anglers like Keith Richards and Spike Lee; and Wyatt Jenkinson, a nine-year-old fishing fanatic whose mother is battling brain cancer. At the center of it all is five-time winner Lev Wlodyka, a cagey local whose next fish will spark a storm of controversy and throw the tournament into turmoil.
Much more than just a book for fishing enthusiasts, The Big One is an exhilarating story of passion and obsession--and a powerful testament to the dreams that keep us all going.