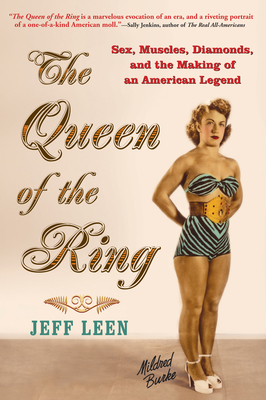 The Queen of the Ring

Sex, Muscles, Diamonds, and the Making of an American Legend

The Queen of the Ring is the story of Mildred Burke, the longest reigning champion of female wrestling. In this in-depth account, Pulitzer Prize-winning journalist Jeff Leen pulls back the curtain on a forgotten era when a petite midwesterner used her beauty and brawn to dominate America's most masculine sport.
At only five feet two, Mildred Burke was an unlikely candidate for the ring. A waitress barely scraping by on Depression-era tips, she saw her way out when she attended her first wrestling match. When women were still struggling for equality with men, Burke regularly fought--and beat--male wrestlers. Rippling with muscle and dripping with diamonds, she walked the fine line between pin-up beauty and hardened brawler.
An unforgettable slice of Americana, The Queen of the Ring captures the golden age of wrestling, when one gritty, glamorous woman rose through the ranks to take her place in athletic history.