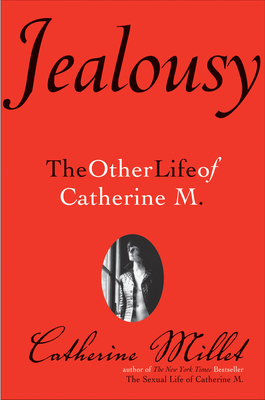 The Other Life of Catherine M.

Catherine Millet's best-selling The Sexual Life of Catherine M. was a landmark book -- a portrait of a sexual life lived without boundaries and without a safety net. Described as "eloquent, graphic -- and sometimes even poignant" by Newsweek, and as " perhaps] one of the most erotic books ever written" by Playboy, it drew international attention for its audacity, and the apparently superhuman sangfroid required of Millet and her partner, Jacques Henric, with whom she had an extremely public and active open relationship. Now, Millet's follow-up answers the first book's implicit question: How did you avoid jealousy? "I had love at home," Millet explains, "I sought only pleasure in the world outside." But one day she discovered a letter in their apartment that made it clear that Jacques was seriously involved with someone else. Jealousy details the crisis provoked by this discovery, and Millet's attempts to reconcile her need for freedom and sexual liberation with the very real heartache that Jacques's infidelity caused. If The Sexual Life of Catherine M. seemed to disregard emotion, Jealousy is its radical complement: the paradoxical confession of a libertine who discovers that love, in any of its forms, can have a dark side.