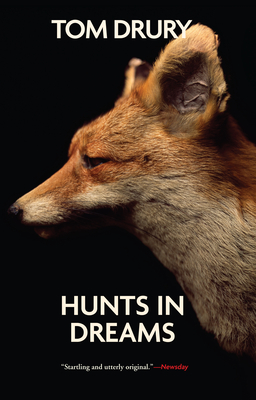 "Drury is a truly great writer."--Esquire "A beguiling novel . . . perceptive and captivating."--The New York Times "Startling and utterly original."--Newsday In this mesmerizing novel, Tom Drury once again journeys to the quiet Midwest to spend an action-packed October weekend in the lives of a precarious family whose members all want something without knowing how to get it: for Charles, an heirloom shotgun; for his wife, Joan, the imaginative life she once knew; for their young son, Micah, a knowledge of the scope and reliability of his world, aided by prowling the empty town at night; and for Joan's daughter, Lyris, a stable foot from which to begin to grow up. Sometimes together, sometimes crucially apart, father, mother, son, and daughter move through a series of vivid encounters that demonstrate how even the most provisional family can endure in its own particular way.

Praise For Hunts in Dreams…

Drury is an absolutely delightful writer who has carved out a world of his own in American fiction, one that is odd, revealing, and yet filled with love.”Library Journal

"Here's an author who sees and hears what others either miss or fail to note the significance of."Richard Russo

Tom Drury is also the author of The End of Vandalism, Hunts in Dreams, The Driftless Area, and The Black Book. His fiction has appeared in The New Yorker, Harper's Magazine, and The Mississippi Review, and he has been named one of Granta's "Best Young American Novelists."
Loading...
or support indie stores by buying on