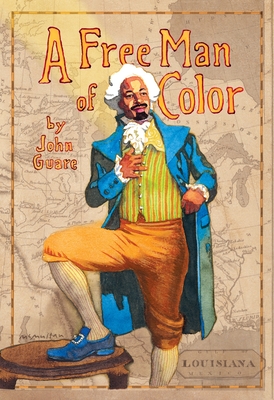 A Free Man of Color

John Guare's new play is astonishing, raucous and panoramic. A Free Man of Color is set in boisterous New Orleans prior to the historic Louisiana Purchase. Before law and order took hold, and class, racial and political lines were drawn, New Orleans was a carnival of beautiful women, flowing wine and pleasure for the taking. At the center of this Dionysian world is the mulatto Jacques Cornet, who commands men, seduces women and preens like a peacock. But, it is 1801 and the map of New Orleans is about to be redrawn. The Louisiana Purchase brings American rule and racial segregation to the chaotic, colorful world of Jacques Cornet and all that he represents, turning the tables on freedom and liberty.

Praise For A Free Man of Color…

[A Free Man of Color] just might be a masterpiece . . . one of the three or four most stirring new plays I've seen.”Terry Teachout, The Wall Street Journal

Free Man evolves from a bustling farce into something deeper and darker but similarly exhilarating.” USA Today

A Free Man of Color is a hearty, spicy theatrical gumbo in wild colors and tempting flavors. It evokes all the gusto of Mardi Gras' madcap consumption.” Elizabeth Ahlfors, CurtainUp

John Guare is the Tony, Obie, and New York Drama Critics Circle Award-winning playwright of the plays House of Blue Leaves, Six Degrees of Separation, Landscape of the Body, and A Few Stout Individuals. He co-edits the Lincoln Center Theater Review, teaches playwriting at Yale School of Drama, is a council member of the Dramatists Guild, a trustee of PEN America and received the Gold Medal in Drama from the American Academy of Arts and Letters.
Loading...
or support indie stores by buying on