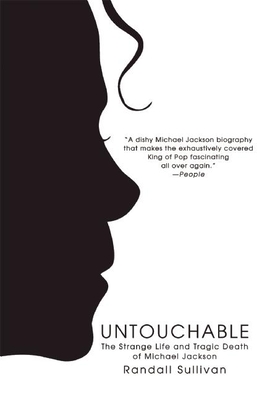 "The first deep-dive narrative by a veteran journalist covering the King of Pop's convoluted final years on earth . . . Untouchable] helps cast Jackson in a new light."--Los Angeles Times "A dishy Michael Jackson biography that makes the exhaustively covered King of Pop fascinating all over again."--People "A tale of family, fame, lost childhood, and startling accusations never heard before."--ABC Nightline Delivering exclusive information and a compelling psychological portrait, Untouchable is the story of Michael Jackson from his boy idol childhood to the final four-year odyssey of his tumultuous adult life. Beginning with his last departure from Neverland, Sullivan captures Jackson's final years shuttling around the world, and plans to recapture his wealth and reputation with a comeback album and planned series of fifty mega-concerts. Sullivan delves deep into Jackson's past, depicting a man both naive and deeply cunning, a devoted father whose parenting decisions created international outcry, a shrewd businessman whose failures nearly brought down a megacorporation, and an inveterate narcissist who desperately wanted a quiet, normal life. Sullivan has never-before-reported information about Jackson's business dealings, the pedophilia allegations that besmirched his reputation, and the fate of his billion-dollar-plus estate, and exclusive access to inner-circle figures including Jackson's former attorneys and managers. Untouchable is a remarkable portrait of the man who still reigns as King of Pop. "Randall Sullivan more than tells the story of Michael Jackson--he relives it. . . . Sullivan leaves few stones unturned."--The Daily Beast

Randall Sullivan was a contributing editor to Rolling Stone for over twenty years. He is also the author of The Price of Experience, LAbyrinth, and The Miracle Detective, the book that inspired the television show The Miracle Detectives, which he hosted and which premiered on the Oprah Winfrey Network (OWN) in January 2011. He lives in Oregon.
Loading...
or
Not Currently Available for Direct Purchase