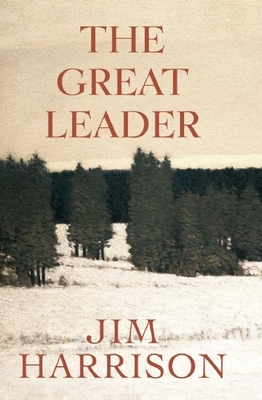 Rapturously received by critics and enthusiastically embraced by readers, The Great Leader is an enthralling, blackly comic take on the detective story that follows a retired detective in hilarious and bold pursuit of a sinister cult leader. Detective Sunderson is on the verge of retirement when he begins to investigate a hedonistic cult that has set up camp near his home in Michigan's Upper Peninsula. At first, the self-declared Great Leader seems merely a harmless oddball, but as Sunderson and his unlikely sixteen-year-old sidekick dig deeper, they find him more intelligent and sinister than they realized. Recently divorced and frequently pickled in alcohol, Sunderson tracks his quarry from the woods of Michigan to a town in Arizona, filled with professional and criminal border-crossers, and on to Nebraska where the Great Leader's most recent recruits have gathered to glorify his questionable religion. But Sunderson's demons are also in pursuit of him. Rich with character, unexpected twists, and Harrison's trademark wry wit, The Great Leader is at once a gripping American odyssey and the poignant story of a man grappling with age, lost love, and his own darker nature.