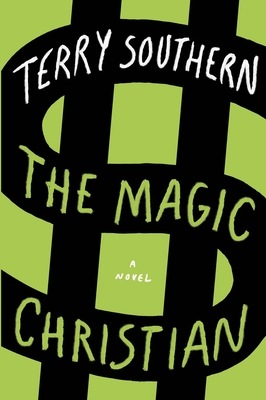 As the novelist of Flash and Filigree and The Magic Christian and cowriter of Dr. Strangelove and Easy Rider, Terry Southern helped define the sixties. Now, sixty years later, his dark humor and biting satire of American society and all its corruption, sex, money, status, power, and stardom, takes on new relevance. When Dwight Garner reviewed the anniversary edition of Southern's Candy in the New York Times he pointed to its significance in today's political climate, stating that "Candy works in the era of #MeToo in part because it so coyly subverts the male gaze. The men who leer after Candy are truly fatuous primates, fit for little but gibbering at the moon." In this 60th anniversary edition of The Magic Christian, we have another searing Southern comic novel--this one a story of a mayhem-making billionaire, and a reminder of just how entrenched American greed and corruption is in our history. Sir Guy Grand is determined to create disorder in the material world and willing to spare no expense to do it. His ultimate goal is to prove his theory that there is nothing so degrading or so distasteful that someone won't do for money. A satire of America's obsession with bigness, toughness, TV, guns, and money, The Magic Christian is a hilarious and wickedly original novel from a true comic genius.

Terry Southern (1924-1995) is the bestselling author of Candy, Flash and Filigree, Blue Movie, and Red-Dirt Marijuana and Other Tastes. An Academy Award-nominated screenwriter, his film credits include Dr. Strangelove, Easy Rider, Barbarella, The Loved One, and The Cincinnati Kid, as well as an adaptation of The Magic Christian.
Loading...
or support indie stores by buying on