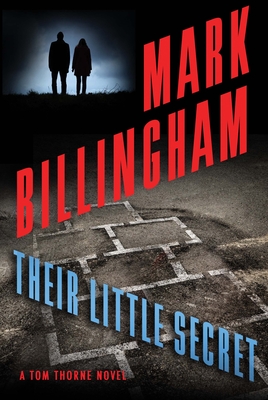 When DI Tom Thorne is called to conduct a routine assessment at the site of a suicide, he expects to be in and out in no time. But when he arrives at the metro station, where a woman named Philippa Goodwin threw herself in front of an underground train, Thorne inexplicably senses something awry and feels compelled to dig deeper. He soon discovers that she was the victim of a callous con-man who preys on vulnerable women, and whose deception plunged Philippa to her end. Thorne enlists DI Nicola Tanner to help him track down the swindler and bring him to justice. But the detective duo gets more than they bargained for when a young man's bludgeoned body turns up on the shore of a nearby seaside town. The two cases come together in a way that neither of the detectives could have foreseen.

Brilliantly plotted with a shocking psychological bent, Their Little Secret is another masterful thriller from one of Britain's most beloved crime writers. With twists and turns that will keep readers guessing until the final page, this is Mark Billingham's most chilling novel yet.

Mark Billingham has twice won the Theakston Old Peculier Award for Best Crime Novel and also won the Sherlock Award for Best Detective Created by a British Author. His books, which include the critically acclaimed Tom Thorne series, have been translated into twenty-five languages and have sold over six million copies. He lives in London.
Loading...
or support indie stores by buying on