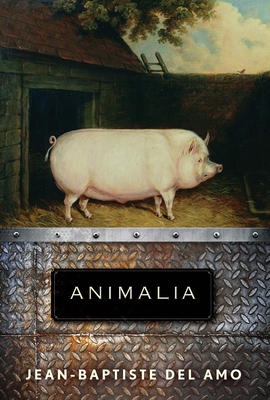 A prizewinning and word of mouth literary sensation in France, Animalia is an extraordinary epic that retraces the history of a modest French peasant family over the twentieth century as they develop their small plot of land into an industrial pig farm, a visceral, chilling tale of man and beast

The small village of Puy-Larroque, southwest France, 1898. l onore is a child living with her father, a pig farmer whose terminal illness leaves him unable to work, and her God-fearing mother, who runs both farm and family with an iron hand. l onore passes her childhood with little heat and no running water, sharing a small room with her cousin Marcel, who does most of the physical labor on the farm. When World War I breaks out and the village empties, l onore gets a taste of the changes that will transform her world as the twentieth-century rolls on. As the reader moves into the second part of the novel, which takes place in the 1980s, the untamed world of Puy-Larroque seems gone forever. Now, l onore has herself aged into the role of matriarch, and the family is running a large industrial pig farm, where thousands of pigs churn daily through cycles of birth, growth, and death. Moments of sublime beauty and powerful emotion mix with the thoughtless brutality waged against animals that makes the old horrors of death and disease seem like simpler times.

A dramatic and chilling tale of man and beast that recalls the naturalism of writers like mile Zola, Animalia traverses the twentieth century as it examines man's quest to conquer nature, critiques the legacy of modernity and the transmission of violence from one generation to the next, and questions whether we can hold out hope for redemption in this brutal world.