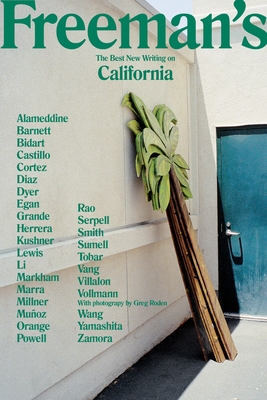 From immigration rights to climate change, California has been ground zero for the most crucial questions of our time. In a bravura essay, Rabih Alamdeddine remembers bartending during the worst years of the AIDS crisis. William T. Vollmann visits the Carr fire and discovers that gas masks are the new normal. Natalie Diaz describes growing up in the desert and remaking her body on the basketball court. Award-winning journalist Lauren Markham revisits her family's tales of their arrival in a town built by a con man on stolen land. Karen Tei Yamashita tells of a Japanese-American man going to Hiroshima after the bomb dropped, writing letters home. Reyna Grande witnesses her mother never adapting after migrating from Mexico. Tommy Orange conjures a native man so lost and broke he's either going to rob a bank or end his life--but love might rescue him. Rachel Kushner sings a hymn to the danger and beauty of cars. And since the Beat movement, California has also given birth to an explosion of poetry. New poems by Frank Bidart, Robin Coste Lewis, D.A. Powell, and recent poet laureate Juan Felipe Herrera join newcomers Mai Der Vang and Javier Zamora in this investigation and celebration of California writing. Featuring new work from H ctor Tobar and Jennifer Egan, Oscar Villalon and Anthony Marra, Geoff Dyer and Elaine Castillo, Freeman's: California will become a benchmark for California anthologies before and to come.