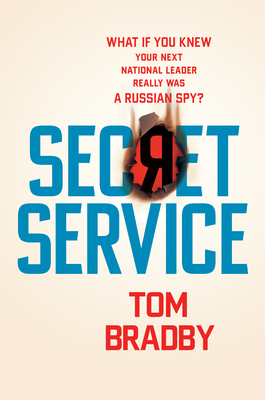 From British journalist and bestselling author, Tom Bradby, Secret Service is a fresh-from-the-headlines thriller that follows senior MI6 agent Kate Henderson as she races to unmask a Russian mole in the UK government.

To those who don't really know her, Kate Henderson's life must seem perfectly ordinary. But she is in fact a senior MI6 officer, who right now is nursing the political equivalent of a nuclear bomb. While heading up the Russia Desk of the Secret Intelligent Service, one of Kate's undercover operations has revealed some alarming evidence. Evidence that a senior UK politician is a high level Russian informer.

Determined to find out who it is, Kate must risk everything to get to the truth. Until a young woman is brutally murdered as a consequence, which puts Kate and her team under the spotlight.

With blood on her hands, her reputation to uphold, her family hanging by a thread and a leadership election looming, Kate is quickly running out of options and out of time.

Tom Bradby is a British novelist, screenwriter and journalist. As a broadcaster, he is best known as the current Anchor of the UK network ITV's News at Ten. He has written six previous novels. The Master of Rain was shortlisted for the Crime Writers Association Steel Dagger for Thriller of the Year, and both The White Russian and The God of Chaos were shortlisted for the CWA Historical Crime Novel of the Year. He lives in London.
Loading...
or support indie stores by buying on