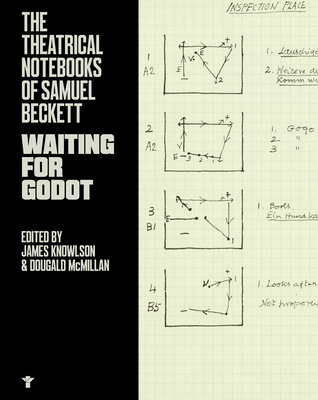 The Theatrical Notebooks of Samuel Beckett

From the mid-1960s, Samuel Beckett himself directed all his major plays in Berlin, Paris, and London. For most of these productions he meticulously prepared notebooks for his personal use.

The theatrical notebooks of Beckett that are reproduced in facsimile here are translated and annotated and thus offer a remarkable record of his own involvement with the staging of his texts. They present his solutions to practical problems but also provide a unique insight into the ways he envisaged his plays. With additional information taken from Beckett's own annotated and corrected copies, the editors have been able to constitute a new revised text for each of these major plays.

Waiting for Godot shows for the first time the extensive revisions made by Beckett during revivals of the play. This volume is in part a facsimile, with transcription and commentary, of the notebook kept by Beckett for Berlin's Schiller Theater production in 1975. It contains a full set of directorial notes, and discloses, section by section, a total system that works by repetition and analogy, musical rhythm, and echo, establishing subtle patterns of sound, movement, and gestures.

Samuel Beckett (1906-1989), one of the leading literary and dramatic figures of the twentieth century, was born in Foxrock, Ireland and attended Trinity University in Dublin. In 1928, he visited Paris for the first time and fell in with a number of avant-garde writers and artists, including James Joyce. In 1937, he settled in Paris permanently. James Knowlson is the author or editor of ten previous books on Beckett's work, and the general editor of The Theatrical Notebooks of Samuel Beckett, as well as the founder of the Beckett Archive. Dougald McMillan (1937-1999) was a professor of English at the University of North Carolina, Chapel Hill, for twenty-five years, specializing in modern drama and Beckett.
Loading...
or support indie stores by buying on