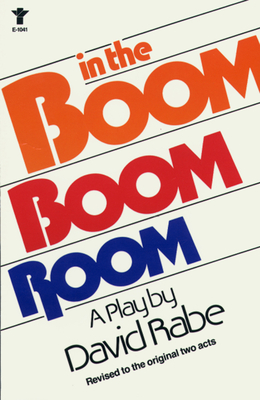 In the Boom Boom Room (Rabe)

Chrissy, a bright and not-quite-innocent woman with visions of a career as a dancer, finds herself in The Boom Boom Room, a disco/bar in Philadelphia meant to be her first step on the road to stardom. Instead, she finds herself fighting to keep her dreams intact amid the anesthetic sex and stimulation that surround her, the psychological residue of her parent" betrayals, and the bizarre pack of suitors who follow her. In a desperate search for love and hope, Chrissy careens from the seductive mistress of ceremonies at The Boom Boom Room to the earnestly friendly gay man next door to a brutally passionate lover. In its compassionate look at Chrissy's living nightmare, In the Boom Boom Room is a piercing look at a society dangerously close to our own lives, and a drama that captures both our hearts and our heads.

Rabe began his professional career in journalism as a feature writer for the New Haven Register.
Loading...
or support indie stores by buying on