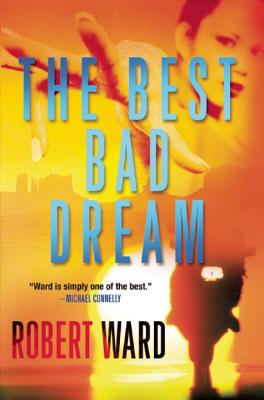 F.B.I. Agents Jack Harper and Oscar Hidalgo are burned out from too many cases so they schedule a two week vacation. Jack plans to hang out with his son, Kevin, followed by some fishing in Baja: surf, sun, and son . . . a great combination. Then Jack gets a phone call from his snitch and on-again-off-again girlfriend, the sexy and unpredictable car thief, Michelle Wu. Michelle's sister, Jennifer, has been kidnapped. Frantic, terrified that Jennifer will be killed, Michelle begs Jack to come to Santa Fe at once. Canceling his vacation and heading off to Santa Fe is the last thing Jack wants to do, but he owes Michelle big time--she once saved his life. Michelle is pretty sure a biker named Lucky Avila had something to do with Jennifer's disappearance. She also admits she did a little business with Lucky, who might be angry at her. Jack goes out to see Lucky, hoping for a simple end to the case. He should have known better. Anything in which Michelle Wu is involved is bound to be complex, dark, and wild. Soon Jack is up to his neck with bikers, Mexican gangs, and a giant pet wild Razorback hog named Ole Big, who may offer a major clue to finding the missing girl. Meanwhile, the innocent Jennifer Wu is trapped in a cell by a terrifying man in a black rubber suit and mask. While Jack is struggling with Ole Big and some very hard criminals, he begins to discover some of the shocking secrets of the Blue Wolf, a suspicious and exclusive spa for the elderly. Back at home, Jack's son is having his own little adventure with the very hot local librarian--a teen-aged boy's dream come true--while her brutal husband is away. Out of his mind with lust, he too is making all the wrong moves. The Best Bad Dream is fast paced, tough, funny, hip, and filled with unexpected twists and turns.

Robert Ward is the author of nine novels, including "Four Kinds of Rain," a "New York Times" Notable Book and Hammett Award nominee, and "Red Baker," which won the PEN West Award for Best Novel. He lives in Los Angeles.
Loading...
or support indie stores by buying on