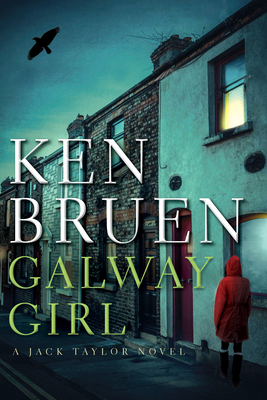 Jack Taylor has never quite been able get his life together, but now he has truly hit rock bottom. Still reeling from a violent family tragedy, Taylor is busy drowning his grief in Jameson and uppers, as usual, when a high-profile officer in the local Garda is murdered. After another Guard is found dead, and then another, Taylor's old colleagues from the force implore him to take on the case. The plot is one big game, and all of the pieces seem to be moving at the behest of one dangerously mysterious team: a trio of young killers with very different styles, but who are united their common desire to take down Jack Taylor. Their ring leader is Jericho, a psychotic girl from Galway who is grieving the loss of her lover, and who will force Jack to confront some personal trauma from his past.

As sharp and sardonic as it is starkly bleak and violent, Galway Girl shows master raconteur Ken Bruen at his best: lyrical, brutal, and ceaselessly suspenseful.

Ken Bruen received a doctorate in metaphysics, taught English in South Africa, and then became a crime novelist. The critically acclaimed author of twelve previous Jack Taylor novels and The White Trilogy, he is the recipient of two Barry Awards and two Shamus Awards and has twice been a finalist for the Edgar Award. He lives in Galway, Ireland.
Loading...
or support indie stores by buying on