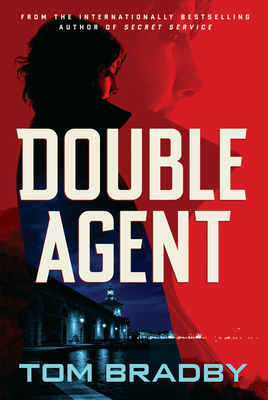 From British journalist and bestselling author, Tom Bradby, a sequel to Secret Service that pushes senior MI6 agent Kate Henderson to her limits as she tries to unmask the Russian spy holding the nation's highest office

Kidnapped in Venice by a Russian defector, Kate knows she's in trouble. But when he offers her conclusive evidence that the British Prime Minister is a live agent working for Moscow, Kate's holiday quickly becomes the start of her next mission.

The defector has proof of the PM involved in a sordid scandal--a video supposedly used to blackmail him into Russian service decades prior--and a financial paper trail that undeniably links him to the Russians, but his motives are anything but clear. Riddled with doubt that the evidence she is presented with may not in fact be as bulletproof as it seems, Kate reopens the investigation into the PM. As she works through the case, Kate runs up against key people at the heart of the British Establishment who refuse to acknowledge the reality in front of them. And, more worryingly, clear signs that there's still a mole in her department.

But Kate had already identified and eradicated the mole, codenamed Viper. Could she have been mistaken? And could this horrifying video be a fake, produced by the Russians to sabotage British democracy?

These questions plague Kate as she tries to keep it together for her children and ailing mother, steadily losing sleep and, she fears, her sanity. This mission will push Kate dangerously close to the edge as she continues her relentless fight for the truth.