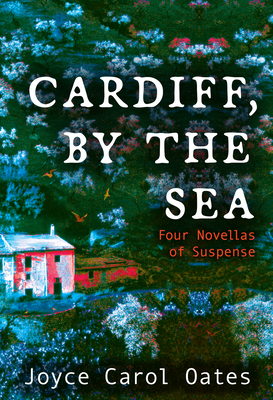 Cardiff, by the Sea

Joyce Carol Oates, the "grand mistress of ghoulishness" (Publishers Weekly), showcases her mastery in four deeply disturbing novellas that will leave the reader both quaking and pining for more

In the titular novella, an academic in Pennsylvania discovers a terrifying trauma from her past after inheriting a house in Cardiff, Maine from someone she has never heard of. Mia, the protagonist of "Miao Dao," is a pubescent girl overcome with loneliness, who befriends a feral cat that becomes her protector from the increasingly aggressive males that surround her.

A brilliant but shy college sophomore realizes that she is pregnant in "Phan-tomwise: 1972." Distraught, she allows a distinguished visiting professor to take her under his wing, though it quickly becomes evident that he is interested in more than an academic mentorship. Lastly, "The Surviving Child" is Stefan, who was spared when his mother, a famous poet, killed his sister and herself. Stefan's father remarries, but his young wife is haunted by dead poet's voice dancing in the wind, an inexplicably befouled well, and a compulsive draw to the same gar-age that took two lives.

Joyce Carol Oates is the author of such national bestsellers as The Falls, Blonde, and We Were the Mulvaneys. Her other titles for The Mysterious Press include Night-Gaunts and Other Tales of Suspense, which features "The Woman in the Window," selected for The Best American Mystery Stories 2017; The Doll-Master and Other Tales of Terror, which won the Bram Stoker Award for Superior Achievement in a Fiction Collection; and Jack of Spades. She is the recipient of the National Book Award for them and the 2010 President's National Humanities Medal.
Loading...
or support indie stores by buying on