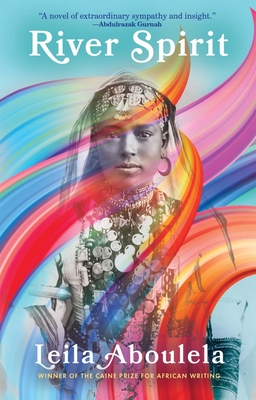 The spellbinding new novel from New York Times Notable Author and Caine Prize winner Leila Aboulela about an embattled young woman's coming of age during the Mahdist War in 19th century Sudan.Leila Aboulela, hailed as "a versatile prose stylist" (New York Times) has also been praised by J.M. Coetzee, Ali Smith, and Ben Okri, among others, for her rich and nuanced novels depicting Islamic spiritual and political life. Her new novel is an enchanting narrative of the years leading up to the British conquest of Sudan in 1898, and a deeply human look at the tensions between Britain and Sudan, Christianity and Islam, colonizer and colonized. In River Spirit, Aboulela gives us the unforgettable story of a people who--against the odds and for a brief time--gained independence from foreign rule through their willpower, subterfuge, and sacrifice.When Akuany and her brother Bol are orphaned in a village raid in South Sudan, they're taken in by a young merchant Yaseen who promises to care for them, a vow that tethers him to Akuany through their adulthood. As a revolutionary leader rises to power - the self-proclaimed Mahdi, prophesied redeemer of Islam - Sudan begins to slip from the grasp of Ottoman rule, and everyone must choose a side. A scholar of the Qur'an, Yaseen feels beholden to stand against this false Mahdi, even as his choice splinters his family. Meanwhile, Akuany moves through her young adulthood and across the country alone, sold and traded from house to house, with Yaseen as her inconsistent lifeline. Everything each of them is striving for - love, freedom, safety - is all on the line in the fight for Sudan.

Through the voices of seven men and women whose fates grow inextricably linked, Aboulela's latest novel illuminates a fraught and bloody reckoning with the history of a people caught in the crosshairs of imperialism. River Spirit is a powerful tale of corruption, coming of age, and unshakeable devotion - to a cause, to one's faith, and to the people who become family.

Leila Aboulela is the first-ever winner of the Caine Prize for African Writing. Nominated three times for the Orange Prize (now the Women's Prize for Fiction), she is the author of numerous novels, including The Kindness of Enemies, The Translator, Minaret and Lyrics Alley, which was Fiction Winner of the Scottish Book Awards. Her work has been translated into fifteen languages. She grew up in Khartoum, Sudan, and now lives in Aberdeen, Scotland.
Loading...
or support indie stores by buying on