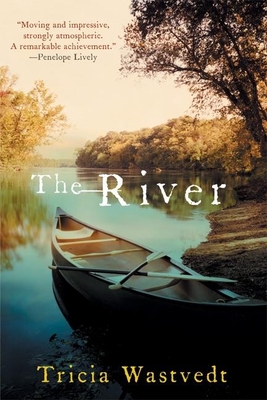 Tricia Wastvedt's debut novel, met with critical acclaim in England, is a hypnotically readable portrait of a community scarred, but eventually reawakened, by its grief. Two children drown during the summer of 1958 in the English village of Cameldip. Their parents, Isabel and Robert, are bound together in guilt and anger, and as the years pass, the tragedy weaves itself into the invisible fabric of village life.
Robert, finding solace in labor, builds several tree houses that transform the look of the town, and as the years pass the structures grow entwined with other houses. It is thirty years after the tragedy when Anna, a young pregnant woman escaping her life in London, arrives in Cameldip and is taken in by Isabel. As Anna slowly uncovers the secrets of the town's past, she becomes inexorably drawn into the conflict in which Isabel and Robert have been locked for three decades. A story of families, old scars, and new beginnings, The River is a lyrical and haunting tale of betrayal, failure, love, and fortitude.