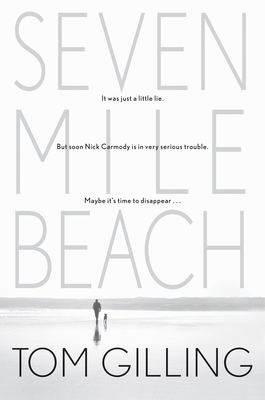 From Tom Gilling—The New York Times Notable author of The Adventures of Miles and Isabel—comes a skillful, compulsively readable modern thriller about re-inventing one's identity.
It was just a harmless lie—to say he was driving Danny Grogan's car when it was caught speeding down the Sydney streets on New Year's Eve—and Danny's father, a billionaire real estate tycoon, has promised to make it worth his while. But when former reporter Nick Carmody stands up in court to profess his guilt, it suddenly becomes clear that he doesn't understand what he's admitting to—until it's too late.
Nick's "good deed" hurls him into a world of secrets, drugs, corruption, and murder. To save his life, he has no choice but to disappear and become someone else. What he doesn't realize is that a new identity can be even more dangerous than the one left behind. As his new life in Melbourne veers out of control, Nick has to question whether chance alone is responsible, or whether more sinister forces are at work.
A darkly comic page-turner, Seven Mile Beach is a haunting modern fable from a seductive novelist who never fails to thrill and surprise.

Highly suspenseful, with several intriguing twists, Seven Mile Beach is an excellent Australian thriller, one that will leave readers wondering right to the end.”Jessica Moyer, Booklist

Gilling delivers a taut, suspenseful reflection on identity that never pauses for a breath.”Publishers Weekly

Fresh and urgent to the last page.”Kirkus Reviews

A deftly constructed psychological thriller . . . Gilling creates a pitch-perfect slice of urban Australian life and compelling, multifaceted characters whose experiences raise as many questions as they answer.”Library Journal

Gilling’s touch in Seven Mile Beach is light as a feather, deft as a pick¬pocket’s. . . . Sure-footed moral entertainment.”The Age

A crime thriller, a road story, a meditation on identity, this taut, suspenseful novel is imbued with contemporary concerns and anxieties. . . . Gilling’s prose is as vivid and precise as ever.”Australian Literary Review