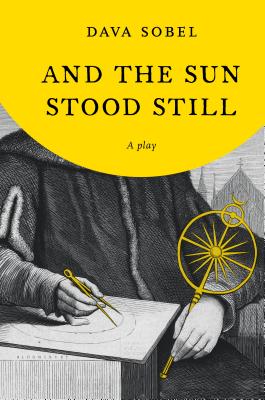 And the Sun Stood Still

Using her deep knowledge, her skills as a storyteller, and her imagination, Dava Sobel illuminates one of history's most significant and far-reaching meetings. In the spring of 1539, a young German mathematician--Georg Joachim Rheticus--journeyed hundreds of miles to northern Poland to meet the legendary, elderly cleric and reluctant astronomer Nicolaus Copernicus. Some two decades earlier, Copernicus had floated the mind-boggling theory that the Sun, not the Earth, was stationary at the center of the universe, and he was rumored to have crafted a book that could prove it. Though exactly what happened between them can never be known, Rheticus shepherded Copernicus's great work into production and De revolutionibus orbium coelestium ultimately changed the course of human understanding.

Dava Sobel imagines their dramatic encounter, and with wit and erudition gives them personality. Through clever and dramatic dialogue, she brings alive the months Rheticus and Copernicus spent together--the one a heretical Lutheran, the other a free-thinking Catholic--and in the process illuminates the historic tension between science and religion. An introduction by Dava Sobel will set the stage, putting the scenes in historical context, and an afterword will describe what happened after Copernicus's book was published detailing the impact it had on science and on civilization.


Praise For And the Sun Stood Still…

"Dava’s splendid new book is a play that imagines and reenacts the historic Copernicus-Rheticus encounter. And the Sun Stood Still: A Play . . . will delight anyone with an appreciation for the history of science and for the approach of ordinary moments toward greatness." —Astronomy Magazine

“Ms. Sobel is an elegant stylist, a riveting and efficient storyteller, a writer who can bring the dustiest of subjects to full-blooded life--poignant, in the case of Galileo; cautious but also loving, loyal and feisty in the case of Copernicus.” —The New York Times, on A MORE PERFECT HEAVEN

“Dava Sobel describes [Copernicus's] life and his legacy in her enjoyable 'A More Perfect Heaven' . . . [A] delightful immersion into tumultuous times.” —The Washington Post, on A MORE PERFECT HEAVEN

“The new work by science writer Dava Sobel, author of Longitude (1995) and Galileo's Daughter (2000) is half-narrative, half-drama--and it's all enthralling, all illuminating. As in her previous bestselling books, Sobel . . . turns the history of science into a great story filled with fascinating characters, excruciating near-misses and the sudden splendor of the new discovery . . . Her two-act play 'And the Sun Stood Still' is included in A More Perfect Heaven, and it puts flesh on the long-dissolved bones of these historical figures . . . Sobel, who was writer-in-residence at the U. of C. in 2006, writes with a calm authority and a deep knowledge that never tip into condescension to the lay reader. The haunting final paragraph of this beautiful book, combining science and a sort of poetic awe, is emblematic of her work as a whole.” —Julia Keller, The Chicago Tribune, on A MORE PERFECT HEAVEN