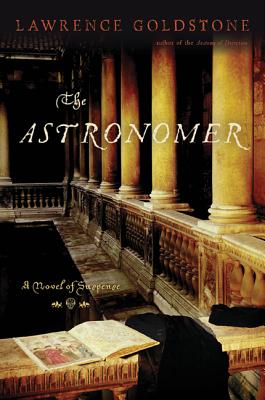 1534, Paris. A student at the Catholic College de Montaigu, serving as a courier for the Inquisition, is murdered by members of an extreme Lutheran sect for the packet of letters he is carrying. His friend and fellow classmate Amaury de Faverges the illegitimate son of the Duke of Savoy and an expert in astronomy and natural science is recruited as his replacement and promised a decree of legitimacy if he can uncover the secret that threatens to overturn Catholicism and the reign of Francois I.

Working undercover, Amaury journeys south to the liberal court of the king's sister, Marguerite of Navarre, the alleged heart of the conspiracy. The deeper he probes, the more Amaury is forced to confront his own religious doubts; and when he discovers a copy of Copernicus's shocking manuscript showing the sun at the center of the universe, he knows the path he must follow.

Replete with characters and events from history from the iconoclastic Rabelais to the burning of heretics in Paris to preacher John Calvin and Copernicus himself "The Astronomer "is a powerful novel of love and betrayal, and a thrilling portrait of what might well have happened at a hinge point in history when science and ancient religious belief collided.


Praise For The Astronomer: A Novel of Suspense…

“To describe Lawrence Goldstone's The Astronomer as a great historical whodunit, is to do it a gross injustice. For though it is that, too, and in the most superb way, it is a lot, lot more.  By artfully weaving theological conflicts and personal dilemmas with a well-crafted murder story, set in the early years of the Reformation, Goldstone manages both to illuminate the human side of a fascinating historical era and to add spiritual depth to the lives of the people caught up in its wheels. A writer who has shown, time and again, that it is possible to be highly entertaining and profound at the same time, gives us a perfect example of that rarest of species: a novel which can delight the lover of mysteries without disappointing one bit the reader of serious fiction."  – Apostolos Doxiadis, author of Logicomix

“Lawrence Goldstone has produced a thinking person’s suspense novel, a moral thriller whose plot is propelled along by ideas as much as by action. The novel’s hairpin turns lead us through the history of astronomy, the politics of religion, questions of loyalty and faith, and the grubby labyrinth that was sixteenth-century Paris.” –Ross King, author of Brunelleschi's Dome

“Clever, fast-moving, and richly depicted, The Astronomer is the kind of book that makes you forget about dinner—until you smell the chicken burning in the oven.”  –New York Journal of Books

“Goldstone, author of last year’s The Anatomy of Deception (2008), again turns his attention to the problem of traditional thinking versus the scientific approach to the physical world. Set in 1534 Paris, after the murder of a young man on a mission for the Inquisition, Amaury de Faverges, an astronomer, is forced by circumstances to take on an undercover assignment for the good of Catholicism and on behalf of the inept and unpredictable monarch, Francois I. In the course of his investigation, Amaury bumps elbows with John Calvin and Nicolaus Copernicus, whose ideas open new vistas for a young man already nagged by religious doubt and a dawning certainty that Earth is not the center of the universe. The author nicely balances the reality of torture and injustice in the Middle Ages with the beginnings of enlightened thinking and the history of a new ideology. A taut aura of impending violence, a darkness of spirit, and a likable young academic invite comparison to Fifth Servant by Kenneth Wishnia (2010) and Heresy by S. J. Parris.” - Booklist

Lawrence Goldstone is the author of the thriller The Anatomy of Deception and several works of history, including Dark Bargain, The Activist, and Out of the Flames. He lives in Westport, Connecticut.
Loading...
or
Not Currently Available for Direct Purchase